Featured Image Source-
Ghatotkach Circle also known as by the name of Ganesh Shankar Vidhyarthi Circle has now become one of the most attractive places of Kota, Rajasthan. The main attraction of this circle is the massive chariot on which Arjuna and Ghatothkach are spotted and it depicts the war scene from the Hindu epic of Mahabharat. According to Hindu mythology, Ghatothkach was the son of Bheem and Hidimbi and was having a fight with Arjun, the awesome archer.

It is located on the road connected RK Puram to Mahaveer Nagar that is among the well-known roads of Kota.

The inauguration of this charismatic attraction was done on the day of 10th September 2013 by Shri Shanti Dhariwal along with Shri Ravindra Tyagi.

The first thing that comes to the sight of new visitors to a city is the roads and circles of that city. The circles usually are made more splendid by adding features like fountains, sculptures of national leaders and deities, colorful lights, and flowers. And the Ghatothkach circle is a perfect example of such circles.

The construction of the circle is done with utmost detailing, completely in white materials like plaster of Paris. The huge chariot wheels, horses, weapons, crowns, and bodies are all made with full dedication.

The scene depicts a war between Arjun, one of the five Pandavas and Ghatotkach, son of Bheem, yet other Pandav. This depiction is taken from the famous Hindu Epic Mahabharata. There are a total of six horses that run the grand chariot.

The chariot gains more elegance as it’s white color gets dipped in the splendid combination of colorful lights in the evening. It has now become the most charming place for people to have selfies and some amazing clicks.

People spend some quality time with their family and friends by having some snacks at the stalls surrounding the circle. Juices and Ice-creams are also a good alternative to have.

Gaushala or cowshed at Bandha Dharampura Kota is a place that gives home to hundreds of cows. Food, medical facilities and shelter is provided to cows there by Gayatri Pariwar. Cows are of great religious  Read More »

Garadia Mahadev Temple Kota is in Daulatganj area of Kota district in Rajasthan. Famous for its scenic views this spot is well known as a place where river Chambal takes a U turn and gives  Read More »

Go Karting is racing activity arena maintained by Gandiv Go Karting Club Kota and is under the control of Army. This fun activity is open for general public and anyone can visit here and have  Read More »

Abheda Biological Park in Kota, Rajasthan is a newly developed biological and zoological park that is spread over a large area and has a decent collection of animals including Jackals, Leopards, Panthers, Wolf, Hyena, Sambhar  Read More »

Information on CNI Church Kota- CNI Church is located in the Sabzimandi area of Rampura in Kota and is among the oldest churches of the city. It is the main center of worship for the  Read More »

Information on Maa Trikuta Temple Kota- This auspicious temple of Maa Trikuta, a synonym for Maa Vaishno Devi had its construction going on in Kota from about past 10 to 12 years. The time it  Read More »

Gurudwara Agamgarh Sahib Ji is one of the most visited Gurudwaras in the Kota city of Rajasthan. The Gurudwara is located on Kota-Bundi road at a distance of about 10 kilometers from the main city  Read More » 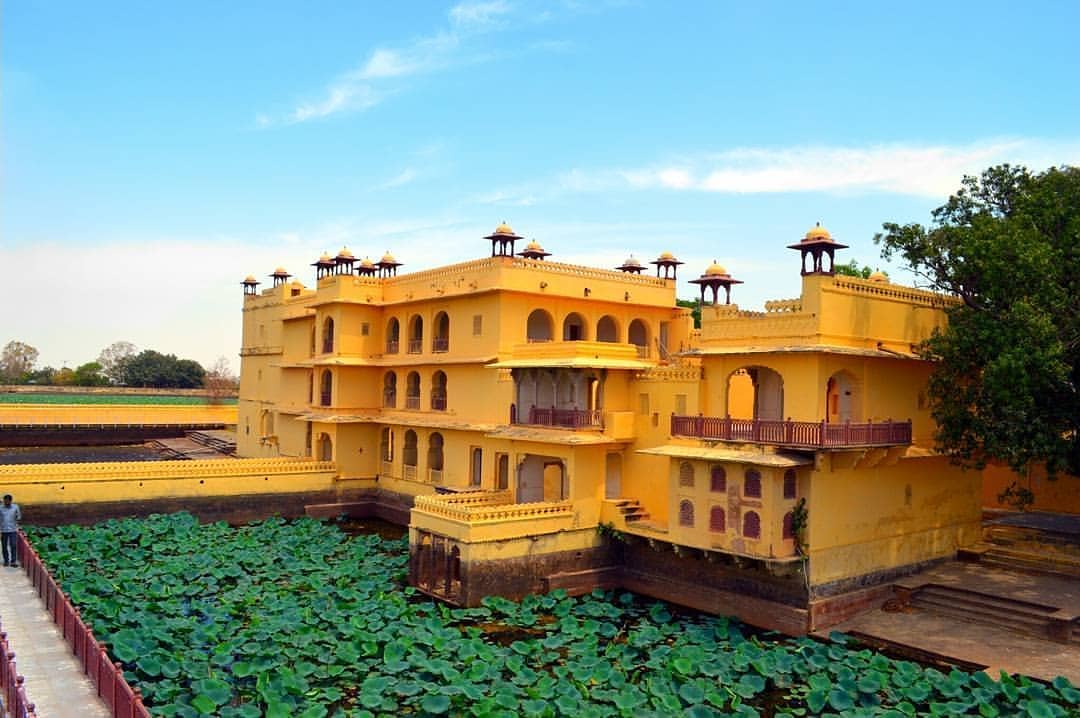