Located in the center of the National Capital, Delhi, India Gate is a memorial built to commemorate the 82,000 British-Indian Army soldiers who died during the First World War and the Third Anglo-Afghan War. A must visit place in Delhi located on Rajpath Street. Amar Jawan Jyoti is a flame, under the arch of Gate, of the immortal soldiers that remain always illuminated to respect the soldiers. The place that ignites patriotism in an individual and makes us proud to be Indians.

So, let’s have some detailed information about the place…

It is located on the most famous road of Delhi, the Rajpath, which was formerly known as Kingsway during the British Rule. Its location is among the most prominent areas of Delhi, in the close vicinity of various other landmarks like the Rashtrapati Bhawan and the National War Memorial. It falls under the New Delhi area which is officially the National Capital of India.

India Gate was constructed under the Imperial War Graves Commission which was set up in 1917 for constructing war memorials for soldiers who lost their lives in the First World War (1914-18) and Third Anglo-Afghan War (1919). India Gate was known by the name All India War Memorial at the times of its establishment.

Duke of Connaught attended a program on 10 February 1921 and laid the foundation of the India Gate in presence of other Officers of British Indian Army and Imperial Service Troops and many others like the Commander in Chief and the viceroy Chelmsford.

After ten long years of the foundation of India Gate, the construction work was accomplished and the inauguration of this memorial was done by the then Viceroy of India, Lord Irwin on 12 February 1931.

The architecture of India Gate-

Sir Edwin Lutyens, who was a prominent architect and designer of war memorials, designed this one also. He designed the city of New Delhi and added a new gem to its elegant beauty by the designing of this majestic monument amidst the city. He already had an experience of making more than sixty-six war memorials in Europe.

Lutyens made India Gate free from any religious ornamentations like the symbol of a cross and made it in the elemental or minimal style of architecture. This model includes the actual remembering and commemoration of soldiers without any fake and artificial designs and decorations.

The India Gate is sought of a Triumphal Arch that looks similar to various other arches across the world like the Arc de Triomphe in Paris, the Arch of Constantine in Rome, and the Gateway of India in Mumbai, India.

Inscriptions on Gate Image By- wonker CC BY 2.0

Around 13,300 soldiers and officers got honored as their names are inscribed on the walls of the India Gate. Among these, some were from the United Kingdom. This gate has a height of about 42 meters from the ground base made of red stone of Bharatpur, a span of about 30 feet with a hexagonal complex area of about 306,000 m sq and diameter 625 meters.

Word INDIA is inscribed on the top front side of the Gate and below it, the following paragraph is inscribed in capitals:

TO THE DEAD OF THE INDIAN ARMIES WHO FELL AND ARE HONOURED IN FRANCE AND FLANDERS MESOPOTAMIA AND PERSIA EAST AFRICA GALLIPOLI AND ELSEWHERE IN THE NEAR AND THE FAR-EAST AND IN SACRED MEMORY ALSO OF THOSE WHOSE NAMES ARE HERE RECORDED AND WHO FELL IN INDIA OR THE NORTH-WEST FRONTIER AND DURING THE THIRD AFGHAN WAR   -Taken from Source CC BY SA 3.0

Amar Jawan Jyoti signifies the flame of the immortal soldier or a flame dedicated to the soldiers of this nation. It is located under the arch of the India Gate and is constructed in black marble. On the marble platform, a rifle with an Unknown Soldier’s helmet capped over it, is built, and is surrounded by four lit flames in urns around it. One of these four flames is kept ignited for the whole year, while all four are together lighted on special days like Republic and Independence Day. The rifle is a marble model of the L1A1 Self Loading rifle in reversed form.

The words “अमर जवान” are inscribed in golden color on the marble plinth over the base platform. This flame memorial was designed by the Indian Army Corps of Engineers and was constructed in the year 1971. It was built as a memorial to pay homage to the martyred soldiers of the Indian Armed Forces in the Indo-Pakistani War of 1971. The inauguration of the Amar Jawan Jyoti was done on 26 January 1972 by Indira Gandhi, the then Prime Minister.

Wreaths are placed at this memorial on the special days like Republic Day and Independence Day by the Indian President, Prime Minister, and the Chiefs of Indian Armed Forces. LPG was used as a fuel for the flames from 1971 to 2006, and then CNG was used to fuel the flames. These flames are guarded by the soldiers of the Indian Armed Forces and continuity is looked after by a person who lives in a room under the arch.

A canopy is located in the close vicinity of the India Gate that was built in the year 1936 as a tribute to King George V, the then Emperor of India. It has a height of 73 feet from the ground base and had a 70 feet tall statue of George V in the past under it. That statue was made in marble and was designed by Charles Sargeant Jagger.

Later, the statue was removed from its place in late 1968 due to oppositions faced from Indian Politicians on the facts that it signified the British Rule over Indians. The canopy is supported by four long pillars and was constructed by Edwin Lutyens in an architectural form inspired by the sixth century Mahabalipuram pavilion.

How to Reach India Gate-

There is no entry fee for the monument. It’s free to every visitor coming there.

The Gate is open to visit any day and at any time of the day, except during the Republic Day and other special programs, due to security reasons. The gate illuminates every evening from 19:00 to 21:30 and serves as one of Delhi’s most important tourist attractions.

The place is best viewed in the evening times when it is lit up with the tricolor lights and generates a feeling of nationalism and makes us proud to be Indians. India Gate has various other tourist attractions near it like the National War Memorial, Rashtrapati Bhavan, and the famous street called Rajpath, where the Republic Day parade takes place annually. All these places are also worth visiting for a tourist visiting India Gate. The environment at the India Gate at weekends and at evenings is like that of a carnival with a lot of happy people around, enjoying street food, and clicking pics with the India Gate. Visiting there should be avoided during the hot summer days of April-June to avoid an exhausting itinerary. Cameras are allowed to be taken and the expected time to explore the area is about 45 minutes to 1 hour. So, if you are in Delhi, do visit the place.

So, have you been to India Gate? If yes, do share your feelings and experiences here in comments- 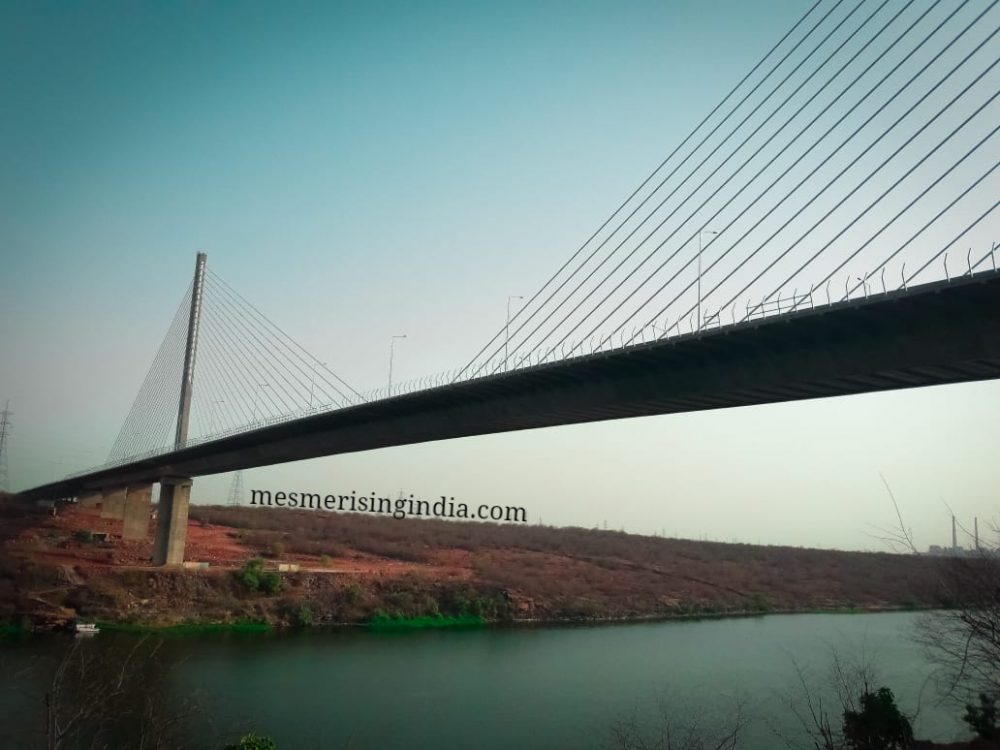